Melasma, I believe friends are familiar with it. It is also called liver spots, which is a yellow-brown pigmentation on the face, and a multi-symmetrical butterfly is distributed on the cheek. Its existence brings not only physical pain to the friends but also psychological ones. Today, Q-Switched ND YAG Laser Supplier let you know a new treatment method:

Nd: YAG is its simplified English name or yttrium aluminum garnet crystal. Yttrium aluminum garnet crystal is its activating substance. It is a solid laser that can excite pulsed laser or continuous laser. Clinically, Q-Switched ND YAG Laser is widely used in the treatment of hyperpigmented skin diseases, and its principle is mainly based on selective photothermal effect and photomechanical effect. 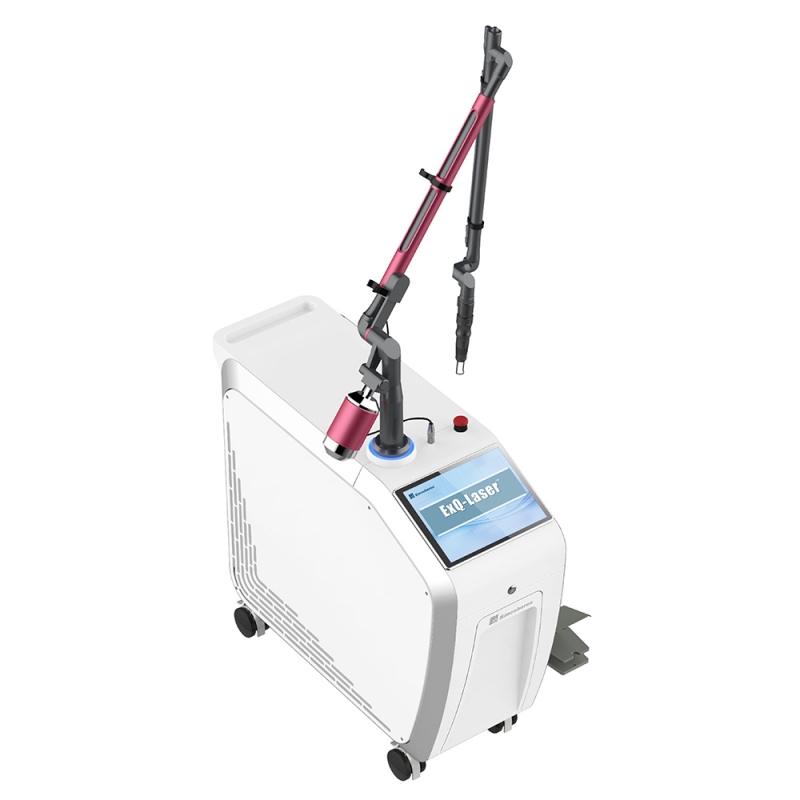 Extremely strong energy is instantly emitted into the diseased tissue, forming huge pulses with high energy density, blasting the melanin particles in the epidermal layer and even the dermal layer. The melanin particles are blasted into fine particles and are swallowed by the body's immune cells. At the same time, using the principle of selective photothermal effect, it will not cause damage to the surrounding normal tissues.

1. Cleanser cleans the skin and removes patient jewelry. Such as: necklaces, earrings, and other reflective objects.

2. Take the supine position. Both the physician and the patient wear protective glasses to disinfect the patient's facial skin. Adjust the energy according to their skin quality, skin sensitivity, skin lesions and color depth.

3. During the treatment, the doctor holds the output of the laser machine and irradiates the skin surface vertically. First, scan the skin with the skin in front of the ear for 2-3 times and observe the local response for 3-5min. The energy density gradually increases from low to high, and the skin is mild Redness is the degree.

4. Sweep the full-round part back and forth at a uniform speed, and strengthen the shot in the damaged area, a total of 2-3 times.

6. The color of skin lesions may be off-white and reddish after treatment.

7. Once every 2 weeks, adjust the treatment parameters at any time according to the skin changes during each treatment.