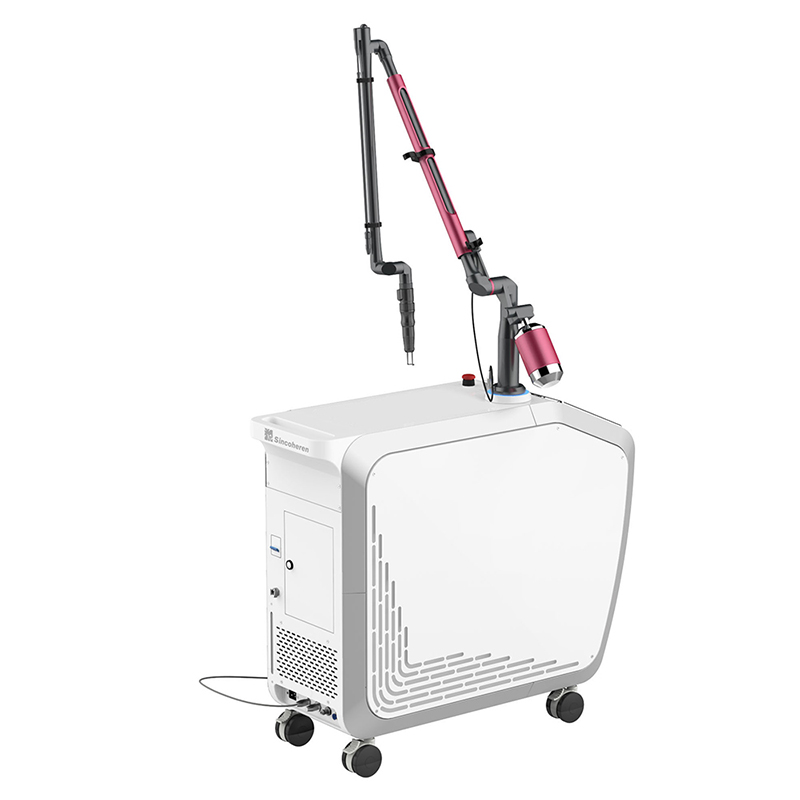 Laser tattoo removal machine uses the blasting effect of laser. The laser effectively penetrates the epidermis and can reach the pigment clusters in the dermis.
Inquire Now Next Product
Share

Laser tattoo removal machine uses the blasting effect of laser. The laser effectively penetrates the epidermis and can reach the pigment clusters in the dermis. Because the laser has a very short action time (only a few nanoseconds) and the energy is extremely high, the pigment clusters instantly absorb The high-energy laser quickly expands and breaks into small particles. These small particles are swallowed by macrophages in the body and then excreted from the body. The pigment gradually fades and disappears, finally achieving the goal of treatment.

Treatment principle of Monaliza-2 Q-Switched Nd: YAG Laser Therapy Systems is based on laser selective photothermy and blasting mechanism of Q-switched laser. Energy form particular wavelength with accurate dose will act on certain targeted color radicals: ink, carbon particles from derma and epidermis, exogenous pigment particles and endogenous melanophore from derma and epidermis. When suddenly being heated, Pigment particles immediately blast into smaller pieces, which will be swallowed by macrophage phagocytosis and enters into lymph circulation system and finally be discharged out of body.

1.The single pulse energy can be up to 1200MJ to eliminate the deeply endogenous pigmentation thoroughly and easily.

2.Two Stages ND:YAG system(double rods and double xenon lamp) with higher energy output, and make the pulse width as short as 5ns, get doubled output density under the same energy.

1)When it comes to treatments on the market that remove unwanted tatoo, there are a variety of options on the market ranging from professional laser tatoo removal machine manufacturers. However, for people that may not be capable of enduring these treatments or want to find a permanent and affordable solution there is a new option that is quickly taking over. This option is a laser tattoo removal machine made by Beijing Sincoheren S & T Development Co., Ltd. What makes these machines so appealing is that they are highly recommendable, easy to use, and affordable.

3)With the cost of tattoo removal increasing over the last few years, consumers are now seeking products that make tattoo removal accessible and affordable. That’s where Sincoheren laser tattoo removal machine comes in.

4)Over the past five years, this laser tatoo removal machine has operated at such a high level of technology to remove unwanted tatoo in the market with no effect of pain, making it a popular choice among consumers. This Sincoheren laser tattoo removal machine can remove multiple tatoos effectively all away from your customer's body. Its special tissue-saving built-in filter is energy-saving, reliable and powerful.

5)Laser tattoo removal is a long lasting, effective, and affordable method of removing facial and body tattoos. These lasers eliminate the need to puncture your skin and/or destroy it with hi-tech. Our staff will work with you to find your level of "pain tolerance" and make sure you are comfortable throughout the procedure. Meet laser tattoo removal machine and explore now.

5. No damage to normal skin, no scars, no need for anesthesia, and more thorough removal of pigments.

Laser is suitable for the treatment of red or tan tattoos, eyebrow tattoos, lip liner, and eyeliner. It can also effectively dilute red or brown birthmarks and various shallow spots.

1) Laser treatment may make the pigment disappear or lighten one or more times.

2) Laser treatment is performed on the superficial surface, and scars generally do not appear.

3) The pigmentation may change in a short time after laser treatment, and it will disappear after a few months.

4) In principle, scrubbing is not suitable within two weeks of treatment.

5) Small area treatment only slightly swells locally. Obvious swelling will appear during treatment of large areas, especially around the eyes, which will disappear by itself after three or five days.

6) There may be mild redness, swelling, and light brown scabs after the laser. Pay attention to the protection of the wound and use some lubricating materials for cleaning. It is forbidden to remove the scabs early and let them fall off by themselves.

7) A special facial mask will be given for about half a month after facial surgery.

8) The treated area is sensitive to sunlight, so avoid sun exposure within three months after treatment. If necessary, use sunscreen water.

9) Try to avoid sun exposure three weeks before receiving treatment, so as not to hinder the treatment effect.

10) Within a week before receiving laser treatment, you should avoid taking aspirin and other drugs to prevent easy bleeding. 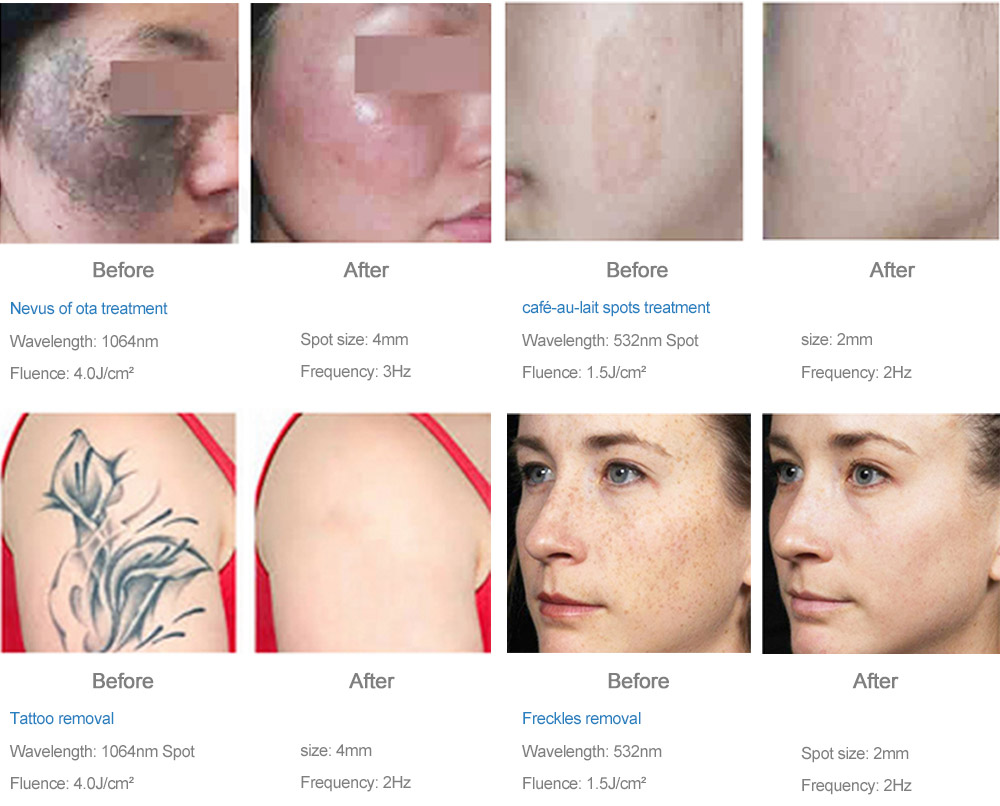 During treatment, there may be slight pain, or there may be short-term swelling and other reactions, which will disappear by itself.

The scab fell off in 7-14 days and the wound healed. Individual patients may have normal temporary pigmentation after the operation, which will be gradually absorbed. Oral vitamin C can reduce pigment reflux.

During the healing period, antibacterial ointment or oral anti-inflammatory can be applied to prevent secondary infection. Avoid direct sunlight and ultraviolet rays. Otherwise, there will be transient pigmentation, and scars may appear after infection.

Before the scab comes off, the treatment area should not be exposed to water, make-up, rubbing, and avoid spicy, smoking and alcohol. Fast foods with dark colors, such as coffee, Pepsi, etc., must let the scabs fall off by themselves, and do not peel them off forcibly. Do not participate in vigorous exercise to avoid infection after sweating.

After the treatment of pigmented skin diseases, you must pay attention to sun protection. Pigmentation is a slow biological process, usually 1 to 2.5 months. During this period, sun protection must be continued. In order to obtain the best effect, the treatment should be repeated more than 3 months.

Depending on the nature of the lesion and the location of the pigment, certain diseases may have to be treated multiple times. 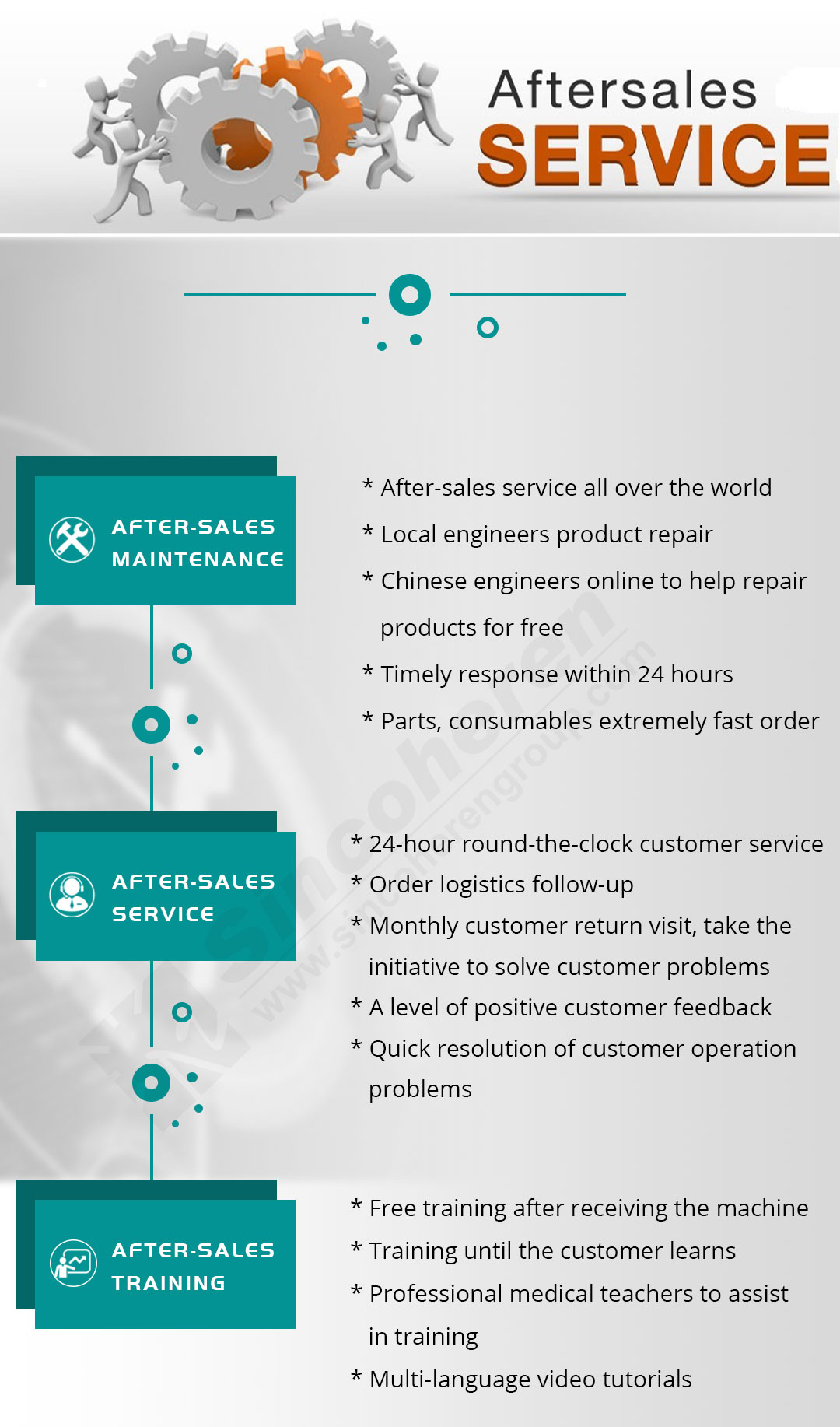