The previous orthopedic surgery only targeted one layer of the skin, so the effect was not very satisfactory. Today's skin lift and wrinkle removal surgery usually add SMAS layer treatment to achieve lasting improvement.

However, it must be noted that since the SMAS layer is relatively deep tissue with blood vessels and nerves walking nearby, the healer using SMAS as the operating level must be familiar with the above-mentioned important anatomical structures to avoid complications and sequelae.

In recent years, there has been a new breakthrough in medical cosmetology, that is, HIFU (High-Intensity Focused Ultrasound), which is an instrument originally used in medical treatment. It uses HIFU Machine on the skin to focus on high-energy ultrasound in the treatment position. It can be carried out without damaging any tissues, and friction can cause high-energy effects in skin tissues.

HIFU technology can not only achieve non-invasive skin lift but also stimulate collagen proliferation, focusing heat energy to the SMAS layer. When the SMAS is suspended and tightened, it will tighten together with muscles and skin to create a lifting effect, which is more effective than tightening only for the skin.

The Origin of HIFU Technology

In ultrasound therapy, there have been more successful cases in brain surgery as early as the early 1950s. HIFU has undergone many years of technological improvement and the highly developed and mature medical imaging technology, which is required for high-intensity focused ultrasound therapy with precise three-dimensional imaging. Provide a good foundation.

High-intensity focused ultrasound (HIFU) is a technology developed on the basis of ultrasound, which effectively makes ultrasound have good directional penetration and focusability in biological tissues. It can penetrate low-energy ultrasound in vitro without damage. Through normal tissues and accurately focus on the affected parts of the body, it produces a transient high-temperature effect (above 60 ℃).

There is no trauma and no side effects during the overall treatment process. The original organs and basic functions of the patient in question are preserved, and at the same time it has the function of enhancing immunity

High-intensity focused ultrasound technology has developed to the present stage and has been widely used in many fields. Nowadays, it is mostly used in medical cosmetology for facial tightening and eye lifting, which extends to the use of high-intensity focused ultrasound technology for skin care, face, and body contour modification.

The information is provided by the HIFU 3D machine supplier. 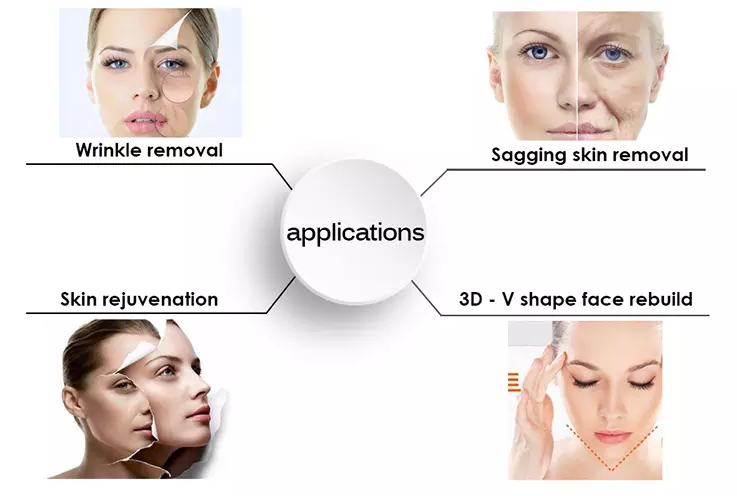