Q-switching technology is one of the main basic technologies of high-power pulsed lasers. It is a special technology to increase the peak pulse power by compressing the laser output pulse width. For commonly used pulsed solid-state lasers, after using Q-switched technology, the pulse time width of the output laser can be compressed to one ten-thousandth, and the peak power can be increased to more than a thousand times. So, which pigmentation problems does Q-switched laser excel at?

The Q-switched laser mainly uses the selective photothermal effect of the laser wavelength. By selecting lasers with different wavelengths, pulse widths, and energy densities, the targeted therapy can target the burst of pigment particles without damaging the surrounding normal tissue to achieve the therapeutic effect. Therefore, a Q-switched laser is mainly used to eliminate pigmented skin lesions, pigmentation caused by mixed pigmentation, and traumatic pigmentation. Exogenous pigments, epidermal and dermal pigments have a better effect. 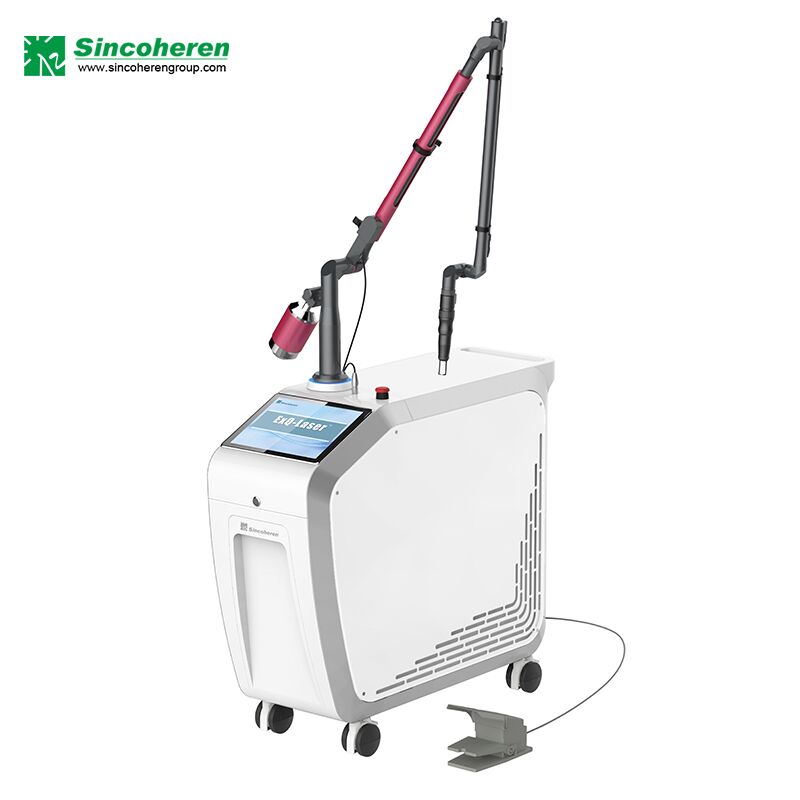 Ota mole is a gray-blue patchy lesion that was first described by Ota in 1936 and spread to the trigeminal nerve distribution in the sclera and ipsilateral side. It usually occurs on the upper and lower eyelids, palate, and temporal side of the face, and occasionally on both sides. About two-thirds of patients had ipsilateral scleral blue staining. The lesions are usually patchy, and the color can be brown, turquoise, blue, black, or purple. The pathological changes are: melanocytes are between the collagen fibers of the dermis layer, and they will never regress, which seriously affects the appearance.

The basic principle of Q-switched laser treatment of Ota mole is that its specific wavelength of laser energy is selectively absorbed by deep melanin in the dermis, and its short pulse width characteristic limits the laser energy to skin lesions. These parameters are effective The combination can make the laser selectively destroy the dermal melanin particles and melanocytes, break them into particulates, and be phagocytosed by phagocytes, and the damage to normal tissues is almost zero.

The above information is provided by Q-Switched ND YAG Laser Manufacturer.