Home > Treatment > Virus Prevention Products
How Does a Ventilator Save Lives?

In general, clinical patients may use a ventilator as long as they have the risk of respiratory failure or secondary respiratory failure, such as sleep apnea syndrome, chronic obstructive pulmonary disease, cardio-cerebrovascular disease, asthma, multiple organ failure, severe infection, Recovery after general anesthesia, etc.

Why do you need a lot of ventilators in the epidemic?

Because the new coronavirus destroys the alveolar cavity, oxygen cannot enter the capillaries and be transported to all parts of the body, and people will develop hypoxemia and even respiratory failure. 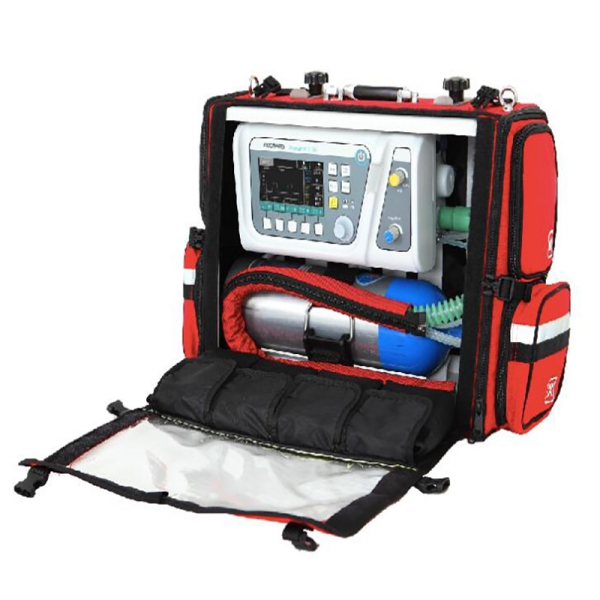 At present, the commonly used medical ventilators are mainly non-invasive and invasive.

1. The nasal high-flow humidified oxygen therapy instrument commonly used in epidemic situations is also a ventilator in principle and is mainly suitable for patients with mild to moderate hypoxemia who have spontaneous breathing.

2. The non-invasive ventilator is aimed at patients with moderate respiratory failure who have spontaneous breathing. Wear a mouth-nose mask or full-face mask when using it.

3. The invasive ventilator is mainly used to treat patients with severe respiratory failure or no spontaneous breathing, which requires oral or nasal tracheal intubation or tracheotomy.

The above three types of ventilators can only solve some of the oxygenation problems. When the condition deteriorates and the heart and lungs lose their function, ECMO (external membrane lung oxygenation) should be used to assist support.

The above information is provided by the ventilator manufacturer.