CoolSculpting, or cryolipolysis, is a cosmetic treatment to remove areas of body fat. It works by freezing the fat cells from specific parts of the body. Coolplas Fat frozen Device is a skin cooling and heating system, which is mainly applied in fat discomposing of the upper arm, back, abdomen.

Similarly to liposuction, plastic surgeons and other therapists use CoolSculpting to target areas of the body where it is more difficult to remove fat by diet and exercise.

CoolSculpting is non-invasive, meaning it does not involve surgery, cuts, or anesthetic, so it carries less risk than liposuction. The procedure is mostly safe, but people should be aware of some potential side effects.

It all works because our fat cells are more easily affected by cold temperatures than our other cells, like in the skin and other tissues. Fat cells will freeze and die at a higher temperature than the other types. So, when applying cool temperatures to the skin for a prolonged period, like with CoolSculpting, the fat cells will crystalize and begin to die off, while the others won’t.

Sounds simple, right? The concept is, but the procedure itself, not so much. CoolSculpting was only released after extensive scientific research that identified the precise controls to make cryolipolysis safe and effective for fat loss.

When you originally read “fat-freezing,” some things might come to mind: frostbite and/or ‘too good to be true. That’s because fat-freezing is a bit of an oversimplification. It isn’t just using ice to make fat disappear. There’s more to CoolSculpting than that. 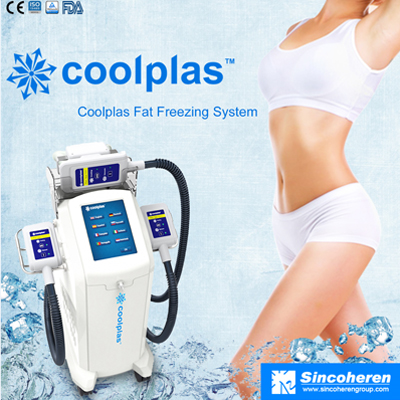 After a CoolSculpting treatment, the injured fat cells that were frozen will begin to die off. Once they’re dead, they will be broken down through your body’s natural inflammatory response to the immune system. After that, they will be absorbed and processed out of the body like anything else.

This process takes time, which is why fat loss results from CoolSculpting can take anywhere from 3 weeks to 3 months after treatment to show. But, once the fat cells are removed, the treatment area will look 20 to 25 per cent smaller. And the fat cells won’t return or regenerate. Some people only go through one treatment and are happy with their fat loss, but others return for multiple procedures to keep getting results.

AFTER COOLSCULPTING YOU CAN EXPECT:

Likewise, CoolSculpting cannot tighten loose skin. If the skin has stretched around fatty buildups, a person may have excess skin after the procedure to remove the fat. 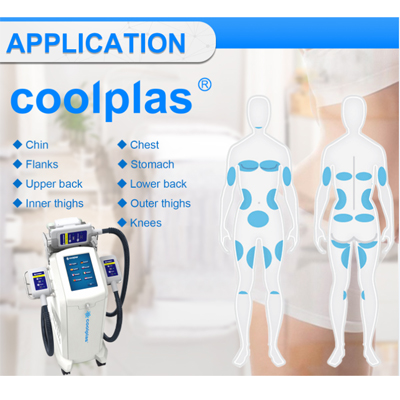 How long does CoolSculpting last?

CoolSculpting destroys fat cells, and those particular cells will not return.

However, science knows little about the long-term effects or effectiveness of CoolSculpting. Most studies have followed subjects for only a few months after treatment.

Destroying existing fat cells will not prevent new fat cells from appearing. Hence, why a healthy lifestyle is vital to preserving the results of CoolSculpting. A person who does not exercise or who eats an unhealthy diet may soon see the fat return.

As a fat freeze weightLoss machine supplier, established in 1999, Beijing Sincoheren S&T Development co., Ltd. is a professional hi-tech medical and aesthetic equipment manufacturer. We specialize in manufacturing hair removal, Nobody slimming treatment equipment. Kuma, Coolplas and Monaliza are our well-known brands. We have our own Research & Development, Department, Factory, International Sales Department, Overseas Distributors and After Sales Department. If you want to know the freeze weightloss coolplas machine price, please contact us.

Next: What Are the Benefits of IPL Hair Removal?