What are the advantages of fractional laser minimally invasive treatment of burn scars compared with surgical removal of scars?

For small scalding scars, fractional laser treatment does not require hospitalization but can be treated in an outpatient clinic. The operation time is short, generally a few minutes to 10 minutes to complete the operation; The recovery period is short and the wound can be recovered within 2-4 days without affecting the normal work and life. The treatment wound has little damage, no obvious bleeding, or only a little bleeding. For large-area scars, conventional surgery often requires skin removal and skin grafting. Patients with large-area scars have very few skin-removing areas available, and they often face the situation that no skin is desirable. Even if the skin is desirable, they face the skin-removing area growing again The possibility of scars; fractional laser treatment of large areas of scars does not require skin removal, which reduces a lot of surgical pain, significantly shortens the operation and hospitalization time, and can quickly relieve pain and itching symptoms. Treatment once every three months for more than a year can significantly improve appearance. 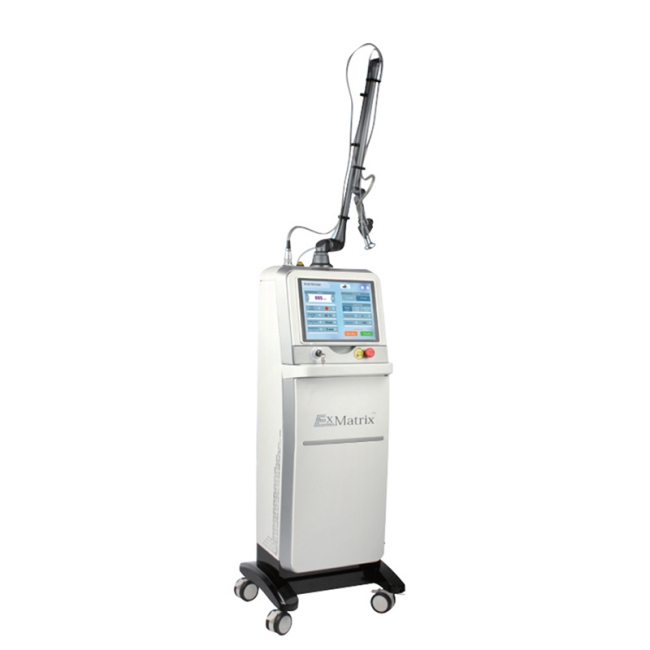 Treats itching and pain of scars

Scars after cesarean section surgery are essentially scars caused by trauma (a surgical incision). About two to three weeks after the surgical incision is scarred, the scars begin to grow. At this time, the scars become red, purple, and hard, and protrude from the skin surface. Lasting for about three months to a year, the scar hyperplasia may gradually stop, the scar may gradually become flat and soft, and the color may become dark brown. As the scar grows, the itching will appear. Especially when sweating a lot or when the weather changes, it is often irritating to the extent that you have to scratch and see blood before you give up.

Early application of fractional laser treatment can inhibit the hyperplasia of scars after cesarean section, and quickly inhibit the itching and pain caused by scar hyperplasia. Generally, itching and pain can be improved within 1-2 days after treatment. Generally, the treatment is once every 3 months, and 4 times is a course of treatment. If you insist on treatment for more than one course, the appearance of the scar will be significantly improved.

The above information is provided by fractional CO2 laser equipment factory.